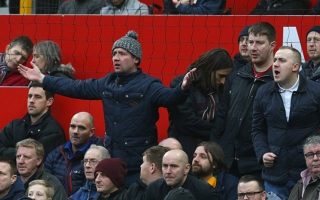 The decision to drop Paul Pogba is an understandable one, though it has still caused a stir. Mourinho is not really in a position to start luxury players like the Frenchman in midfield away to Liverpool. Not when his team has drastically underperformed all season.

But the bench also consists of some other big name players, such as Eric Bailly, Juan Mata and Anthony Martial. Those are big calls from the boss and ones that may come back to bite him in the arse. At the same time, they could work wonders in the second half from the bench. Who knows?

With Marcus Rashford in the starting team, we should be aiming to get him running directly at Clyne down the left. The Liverpool full-back hasn’t played much football this season and a throwback to Old Trafford last season will show you the damage young Rashers can do against the Scousers.

Anyhow, this is how several Reds reacted to Mourinho’s team for the North West derby.

Bailly, Mata, Pogba, Martial all on the bench against Liverpool. The biggest game for a United fan and we’ve left out key players. Madness.

Even if you put Pogba and Martial in the team still doesn’t look as good as Liverpools.

At least Phil Jones is nowhere to be seen.

Liverpool away. Pogba on the bench. Says it all really.

I remember before that game where Mata scored twice and Gerard got sent off, everyone was saying we were going to get battered, cos they were so much better than us. But we played them off the park that day. Here’s hoping lightning can strike twice. Feels very unlikely though 😔

Matteo Darmian against Mohamed Salah? What could go wrong… #mufc

Biggest game of the season and Pogba is on the bench. Surely he needs to be having a word with himself