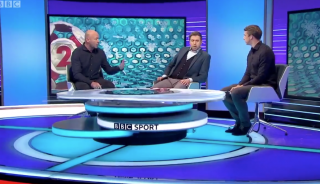 Match of the Day made for a depressing watch on Sunday night. I’ll never know why I put myself through it after already watching that terrible display?

United were a shambles and that’s exactly how BBC Sport pundit Alan Shearer described it.

Of course, he will forever take pleasure in United’s fall from grace, but everything he said was pretty much on the money.

The former England striker claims only David de Gea is playing anywhere near his potential, though we’d like to include Luke Shaw in that when fit. He also suggests that it has to come from the manager when so many players are underperforming.

That doesn’t reflect very well on Mourinho and Shearer knows exactly what it is like to fail as a manager.

Check out Shearer’s analysis below.

“Only David de Gea is playing anywhere near his potential and that has to come from the manager.”