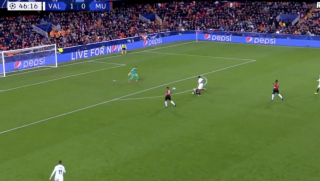 Manchester United have handed Valencia a two goal cushion at the Mestalla.

Following a lack of communication with Eric Bailly, Phil Jones passed the ball into his own net.

It was a poor mistake by the England international and now United face a real uphill climb.

This is a huge blow with Young Boys currently beating Juventus in Switzerland. If that games remains the same, a win tonight for United would see the Reds top Group H.

United have been poor from the very start and never really looked like going. Valencia immediately had us on the backfoot from kick-off.

Jose Mourinho will hope his players can mount something special here and finish the group stages on a high before travelling to Anfield on Sunday.