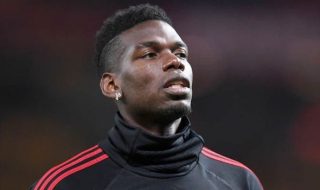 Juventus have set plans for an €80 million swoop on Manchester United to bring Paul Pogba back to Turin.

According to Calciomercato, citing the paper edition of Tuttosport, Juve are reportedly planning to use the revenue generated from qualifying for the Champions League Round of 16 and putting that towards a whopping bid for Pogba.

After an underwhelming return to Old Trafford, United should take the hands off the Italian club, though we fully expect the club to play hardball considering Pogba’s marketing value.

There is no doubt that he is a talented player, but when The Independent claims people at the club feel sympathy towards Mourinho because of the Frenchman’s behaviour, it’s really not worth keeping him around.

“At the same time, many at the club say the Pogba situation is one of the few where they would have some sympathy for Mourinho.

“The midfielder is just seen as self-indulgent, and there was yet more eyes rolled about his conduct recently when his hairdresser turned up at the team hotel.”

Pogba would reflect positively on his four years already spent in Turin. He made 178 appearances for the Old Lady while winning four Serie A titles and two Coppa Italia trophies. Back when Pogba was regarded one of the world’s most exciting midfielders.

Since Pogba returned from winning the World Cup with France this past summer he’s not been entirely happy, as per the Guardian, and the team is left picking up the pieces. It’s hard, as a United fan, to remain patient with an individual who thinks he is God’s gift but can’t back it up regularly on the pitch…

It will be a huge challenge for whoever is tasked with sorting that midfield and defence out for next season.