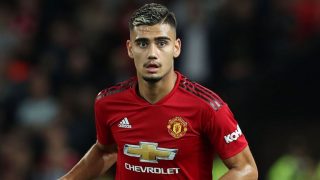 The Reds have already qualified for the Round of 16, however, Mourinho knows there is still a slim chance of topping the group if United win and Juventus fail to beat Young Boys in Switzerland.

From looking at the team he’s gone with for tonight’s European showdown, it is clear Mourinho is handing some players a chance to get back into the team.

In goal, Sergio Romero is between the sticks. The Argentine deserves minutes on the pitch because he’s never let the side down. I’m surprised there has never been calls to see him given a chance as No.1 if David de Gea was to leave in the near future…

The defence should be seen as a test for all involved. Eric Bailly should be a regular most weeks, but the jury is still very much out on Marcos Rojo and Phil Jones. The right-back slot belongs to Antonio Valencia… for tonight only!

Fred starts with Marouane Fellaini and Paul Pogba, therefore, fans will be able to get another glance at the Brazilian to see what he is capable of doing in the middle.

Andreas Pereira, according to the club’s Twitter account, features in the front three (4-3-3). He faces his former club and is joined by Juan Mata and Romelu Lukaku in attack.

Here’s the #MUFC side for tonight’s #UCL outing… pic.twitter.com/kLTZQjQWVj