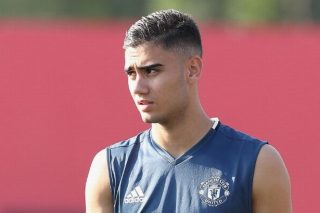 As per usual, United fans have been posting their initial reaction to the team news on social media. Some are happy to see Garner and Greenwood on the bench, while others are pleased to see the return of Andreas Pereira to the line-up.

The Brazil international started the season in the team but was quickly replaced when Nemanja Matic returned to match fitness after representing Serbia at the World Cup.

If Greenwood comes on as a substitute with 10-15 minutes remaining, He is going to SCORE. Mark my words. 👊🏻

I don’t care about anything other than Andreas Pereira staring 😊✨

I’m interested to see what formation United play.
José previousily persisted with Andreas Pereira in front of the back four.
Will he play on the left wing or is the midfield four a diamond? 🤔#MUFC #UCL

Would like to see the Greenwood kid given a chance tonight

Great to see Greenwood & Garner on the bench. Hopefully more than a token gesture as there’s a huge amount of home grown talent waiting to step up

So for months our supporters saying please play Fred Andreas and Pogba. The world is your oyster boys, no pressure game let’s see what you got.