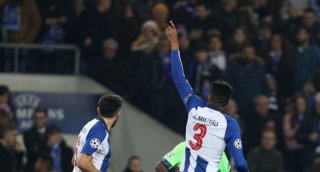 Eder Militao quickly won a place in the FC Porto line-up after joining the club from Sao Paulo.

According to UOL Esporte, the 20-year-old’s form has not gone unnoticed, allegedly prompting a connection from Manchester United manager Jose Mourinho, to gather as much information possible about the Brazilian.

The report suggests United sent one of their representatives to scout during FC Porto’s 4-1 win over Portimonense at Estadio do Dragao. Militao featured and assisted one of the goals.

The player is represented by Kia Joorabchian, who some of you will see as a familiar name from the days United had Carlos Tevez, and it is claimed that he spent the last few days in town dealing with interest in Militao and perhaps some of his other players.

Moreover, it is said that Everton and Chelsea are also interested in the Brazilian’s signature, though one would hope Mourinho will be able to get around his former club to sell directly to United if they’re to sell at any point.

It remains to be seen whether United can get a deal done for Militao in January, though with FC Porto already qualified for the Champions League knockout stages it is not likely that they will sell any of their main players midway through the season.

This is a name that could be linked with Europe’s biggest clubs between now and the summer.