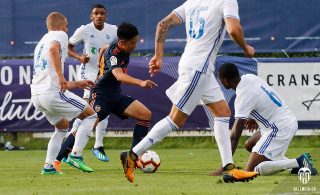 A 17-year-old who has lots of people really excited in Spain prepares to step up from playing Copa del Rey to playing in Europe’s most prestigious competition. Kangin Lee has been called up for Valencia’s final Champions League group stage game against Manchester United on Wednesday night, as per Valencia’s official website.

While the South Korean is still trying to break into the first team, there’s a lot more work to do as he has never been called up for a game in La Liga.

According to Marca, the Valencia youth academy product has an €80 million release clause, which is enough to suggest they like what they see in Kangin’s potential.

Those excited by the attacking midfielder’s potential will hope Valencia manager Marcelino García Toral gives Kangin minutes on the pitch this Wednesday night. There are not many 17-year-olds who can feel it’s only a matter of time before their first Champions League appearance, and to do so at Old Trafford brings extra excitement.

Tifo Football claim Kangin has quickly been given nicknames such as ‘Little Park Ji-sung’ and ‘Football Prodigy’. People are clearly paying attention, so we might as well. Park was a very important player under Sir Alex Ferguson.

And, if another great player is about to breakthrough on the biggest stage, best it happens in our own backyard. It wouldn’t be the first time a youngster took his opportunity against United to influence his opponents enough to tell their manager he needed to sign him.

Of course, we are not claiming to know anything about Kangin, but it’s exciting to hear a young prospect is coming to play at Old Trafford. It can open many doors. 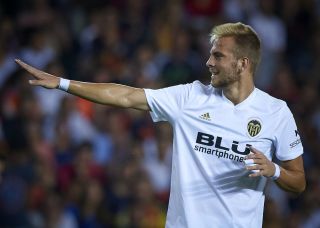 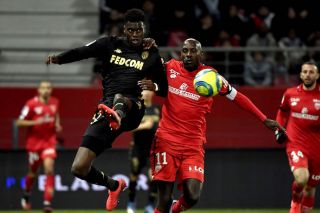