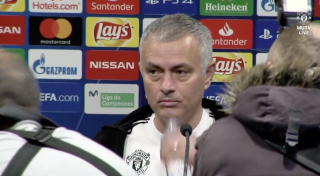 Manchester United have arrived in Valencia ahead of their final Champions League group stage match. Jose Mourinho took questions from the media, as per usual, and we’ve took a look at all of the talking points.

The Reds have already booked a place in the competition’s knockout stages, but a win over Valencia could still see Mourinho’s men enter the Round of 16 as group winners as long as Juventus fail to beat Young Boys of Switzerland.

All quotes from press conference, as per the Manchester Evening News.

James Garner will be on the bench. Mason Greenwood is the 19th man

“No, they don’t start. Garner will be on the bench and Mason is the extra player.”

As expected, really. There are too many first terms on the fringe of the starting line-up to push aside. Still, hopefully Garner gets some minutes in midfield.

Paul Pogba owes it to the club and the fans to change what has been an underwhelming return to Old Trafford. Regardless of who is manager, knowing it is unlikely that Mourinho will still be at Manchester United next season.

He may feel it’s a nothing game, but Pogba should be told a good performance on the world stage will ensure him a place in United’s starting line-up at Anfield on Sunday. If that doesn’t make the hairs on his back stand, nothing will…

Against Valencia, Pogba faces his biggest test at United.

Then, the boss was asked whether or not he’s getting the best out of Pogba.

“I don’t think your question goes in the direction of what I want to answer. You can put the question from another direction.”

“I have nothing to do with the statement, it is Jorge’s statement, not my statement.

Right, whatever you say José. Is the boss trying to suggest his agent/main representative acted on his behalf without consultation? He was upset when Ed Woodward did that…

“I’m very happy to be in this incredible club, let’s see what happens.”

A sign he’s going to agree on fresh terms with the club? It’s no secret that he should be starting more games as he brings more creativity to the team than most of the players available to Mourinho, though there is a feeling he’s been underused.

“We all have better and worse moments in our careers and our seasons. As a team-mate I’ll keep supporting him, he’s looking forward to playing well and doing his best in the team. I want that he can play at his best level because if he does it will benefit us.”

That’s all we’ve ever wanted, Juan.

Mata returning to his former club

“I think tomorrow will be really special for me. When I played for Chelsea I came back and it was a night I will never forget.

“The fans will help to create an incredible atmosphere for me, and I am so grateful to this team because it was a really key period for me.

“I am really happy in Manchester, I love the Premier League, but I don’t know what could happen.”

We’re sure Mata will get a fantastic reception at the Mestalla. Who couldn’t like the greatest player in the Premier League?