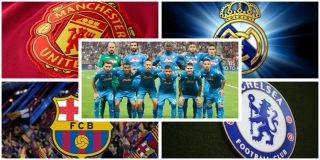 Kalidou Koulibaly would walk into most football teams in Europe and it’s no surprise to hear so many clubs declare an interest in signing the Napoli centre-back.

Over the weekend, The Sun issued a report that Manchester United were told they must pay more than £90 million to sign the Senegal international.

Sure, that’s a lot of money but United need to strengthen at the back to have any chance of competing for a Premier League title again, with a number of defenders already at the club but not quite good enough.

The Sun also claim that Koulibaly is Jose Mourinho’s top defensive target for the January window.

However, according to Domenica Sportiva, Napoli will not sell any players in January, which is hardly a surprise considering it’s midway through the season.

Calciomercato claim Koulibaly is valued at €150 million and is in high demand, with Chelsea, Barcelona and Real Madrid also interested in the player. All clubs said to be keen on Koulibaly, especially United, have struggled at the back this season. They need a quality addition to sure things up.

That’s a lot of money to spend on a defender and maybe if United acted quicker in the transfer market, they’d already have Koulibaly at a cheaper price.