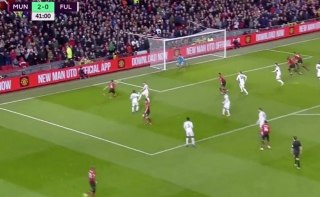 Romelu Lukaku scored his first home goal since March this afternoon as he wrapped up a fine team move from Man United in their match vs Fulham.

The Belgian hadn’t found the net at Old Trafford in 252 days, however he finally broke that baron run this afternoon with his goal against Claudio Ranieri’s side.

The strike came after some fine work from United that lead to Juan Mata getting in behind, as the Spaniard squared the ball to Lukaku who simply tapped home.

Superb stuff all round from Jose Mourinho’s men!