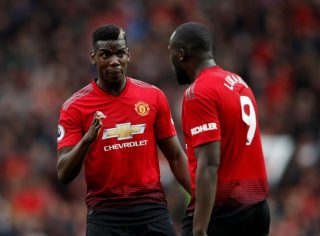 Jose Mourinho’s Manchester United face lowly but improving Fulham with a crippling injury list and on a run of four games without a win. Claudio Ranieri has already overseen improvement for the newly promoted west Londoners, but even so it would be a major surprise if they won at Old Trafford.

Mourinho shuffled his pack against Arsenal and is likely to do so again. We expect United to line up in a 3-4-3 formation as follows.

Made a rare error against Arsenal in a season that – by his metronomic standards – has been poor. Even so, he recovered to make several crucial saves from Pierre – Emerick Aubameyang and Alexandre Lacazette  to preserve a point in that game.

Bailly made his first start in ten games in midweek, showing again why it’s mystifying that he doesn’t start every game. He was immense – strong, commanding and physical. He’s got to start against Fulham. The Ivorian has his flaws but is our best centre-back by a distance. I fail to see Mourinho’s logic by consistently leaving Bailly out the team. Needs a run of games.

Despite carrying an injury, Smalling lined up against Unai Emery’s side and a lack of alternatives may mean he will do so again vs Fulham. Has been virtually an ever present all season. One of only two survivors from the United side that featured the last time we faced Fulham at Old Trafford – the infamous 81 cross 2-2 draw in March 2014.

Another recently returned from injury, Rojo was his usual combative self, flying into tackles, scoring an own goal and getting himself booked in the weird and wonderful world of the chaotic Argentine. He was arguably lucky to avoid getting sent off, but with Victor Lindelof sidelined, it’s likely to be between Rojo and Phil Jones for the final place in the side as one of three centre-backs.

Missed the draw with Arsenal through suspension but is set to return against another London side, although Diogo Dalot will provide competition as a wing-back. Young is a Mourinho man, will probably captain the side and is the other ‘Remainer’ from te 81-cross game.

Matic was bafflingly given the man of the match award by BT Sport, but despite a slightly improved performance he was still some way short of his best form. Has been a passenger in this side for months now. Matic is one booking away from a ban. With Paul Pogba set to be on the bench again, United’s midfield once more looks worryingly bereft of spark and creativity.

Herrera’s return to the side has co-incided with an upturn in tempo and intensity. There is no need to go with Marouane Fellaini or Scott McTominay in a game such as this. Herrera is a player who offers everything and nothing but there can be no denying that he brings more to the table than either of those two ever do. It wouldn’t make sense to drop him.

Went off injured at St Mary’s and as a result sat out the win over Arsenal. Shaw has been a rare bright spot for the Reds this season, but remains an injury doubt for this one. Matteo Darmian seems his most likely replacement if Shaw doesn’t make it. Playing as a wing-back is unfamiliar for Shaw but against Fulham it shouldn’t be too much of a big ask.

Scored what seems to be a customary goal against the Gunners and has been impressive in recent weeks. Brings energy and industry to the side. He was unlucky to be dropped for the trip to Southampton but has become a regular and is expected to keep his place.

He could play out wide depending on whether Mourinho goes with Anthony Martial or Romelu Lukaku, but in-form Rashford will look to continue his impressive run. Goals may be lacking but he got two assists at Southampton and was also impressive in midweek. In a slow side, Rashford’s pace and penetration has proved a valuable asset.

The left wing berth is the most uncertain heading into this one. Martial went off injured against Arsenal and Alexis Sanchez is also out. It remains unclear whether Martial will feature, and any potential absence would come as a blow to United without our top scorer. It has been a remarkable turnaround in fortunes for the man who marked his 23rd birthday with a goal on Wednesday. Lukaku will probably start up front with Rashford wide should Martial fail to be passed fit.