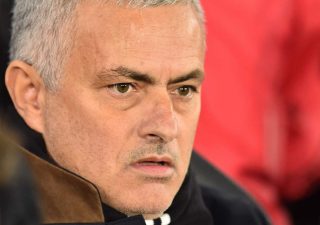 Manchester United came from behind twice against Arsenal to secure a point on Wednesday night.

Both of Arsenal’s goals were annoyingly avoidable, though Gunners will say the same about ours.

The opening goal came from a rare David de Gea howler, but Anthony Martial was in the right place at the right time to equalise moments later.

Arsenal made it 2-1 after Alexandre Lacazette was played through before his effort trickled in past De Gea following a deflection off Marcos Rojo.

It took the Reds just 13 seconds to draw level again, thanks to Jesse Lingard who comfortably slotted the ball home.

The goals sum up the game played at Old Trafford tonight. Lots of drama, no quality.

Mourinho spoke to the media after the match. He claimed United scored four goals despite drawing 2-2, as quoted by Bill Rice of BBC Manchester.

“We drew 2-2, but we scored four goals, and even when we play well we always shoot ourselves.”#MUFC