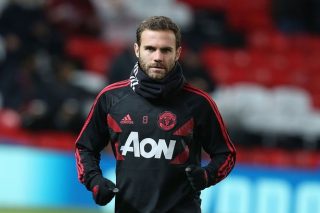 You can imagine walking through Carrington right now and hearing a pin drop. Nobody wants to take responsibility for what is happening.

Mata, for one, always reacts to the weekend’s result on his blog but the draw against Southampton has forced the Spanish midfielder to take a break.

He even titled the short blog update “Not the time for posts,” as he wrote the following:

“Unfortunately, I feel as though it isn’t the time for posts. I imagine, and understand completely, that you will not want to read words that, although honest, won’t be of much comfort to you.

“There, I am only going to publish this to thank you all, as ever, for your support. Thanks a lot.”

It says a lot when Mata has had enough. He usually puts a positive spin on things, but he’s decided to give it a pass this week.

The more this continues the more evident it appears that Mourinho does not have the managerial tools required to wake the sleeping giant that is Manchester United. Perhaps that is what Mata meant by his honesty making for uncomfortable reading.

Talk about capturing the mood. https://t.co/3pKqbyVKB2

The Reds are back in Premier League action against Arsenal on Wednesday night.

Of course, this encounter sees Mata face a club he’s been linked with moving to as part of a Bosman deal next summer, as per talkSPORT.

The Gunners will arrive at Old Trafford in high spirits after beating rivals Tottenham 4-2 at The Emirates on Sunday.

United, on the other hand, go into the game winless in their previous three Premier League outings but Arsenal know Old Trafford can be a tough ground to get a result, even if it no longer looks that way under Jose Mourinho.

It could be a dark week for United and Mourinho…