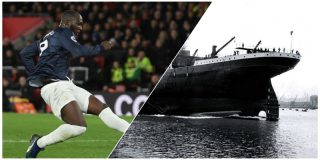 It’s never a good sign for Manchester United when the manager starts a match playing both Nemanja Matic and Scott McTominay in defence.

United fell asunder from the start as Southampton, a relegation battling side, took an early two-goal lead.

That immediately put us on the backfoot. Any decent football side would have held onto that lead, but the Saints showed why they’re in the wrong half of the Premier League table.

This Mourinho team is edging further and further away from the top four after completing eliminating themselves from a title challenge.

Goals from Romelu Lukaku and Ander Herrera saw United pick up a point on their travels.

Below are the best tweets from full-time.

MUFC started by going behind in six of the last eight league games. Lost two of them. The Titanic was quicker to get going.

There are some mysteries in life you feel we may never solve.

Who was Jack the Ripper? Is there life on other planets? How in the name of Christ did Man Utd manage to finish 2nd in the Premier League last season?

Romelu Lukaku is 25, has played over 300 career games and is valued at £75 million. Incredible his touch remains so poor #mufc

Taxi for Jose and half of this team. They all have to go #mufc

Imagine there’s no José
It’s easy if you try

🙈 Only Lukaku could score and turn himself in to a meme in the same game…#SOUMUN pic.twitter.com/15qkmXt51S