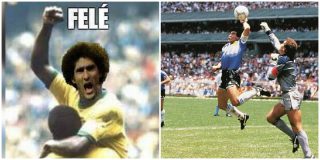 Marouane Fellaini has been one of Manchester United’s most reliable players of late.

He’s far from brilliant or rubbish, but the Belgium international has become an important figure in Jose Mourinho’s side.

And there has always been a sense of appreciation from the manager towards Fellaini. Mourinho likes players that will go to war for him and he has one of those in the Belgian.

The former Everton midfielder is as influential in the opponents box as he is in our own. He can score goals, clear his line, and has an incredible ability to use his chest as a cushion for the ball.

Speaking to the press on Friday morning, Mourinho was asked if Fellaini is now getting the credit he deserves after scoring the only goal against Young Boys midweek and handing United a place in the Champions League knockout stages.

“I think now he’s getting [the credit], I think until I came probably no but I think now everyone gives him what he deserves,” said the boss, as quoted by the Manchester Evening News. “Everybody knows Marouane is not Maradona but everyone knows what Marouane is and what he can give.”

“In this moment, especially this season and also last season he did many times what strikers couldn’t do which is score goals in important moments. I know him very well and I know the positions he can play, the jobs he can do, this season you saw him as a third central defender against Burnley and you saw him as a striker and as a number eight, which is basically the position where Marouane has more balance and know how but he’s very important in both boxes, in the first third and in the last third. Now people knows what Marouane is and he also feels that good feeling.”

Never in my life did I expect to read Marouane and Maradona in the same sentence, even if it was to dismiss his footballing ability.

But Fellaini is truly a pain in the arse for any opponent. He hardly touched the ball when he came on in Turin but the Juventus defence had no idea what to do with his aerial and physical threat.

He is one a few players Mourinho is getting the best out of and it’s no wonder the manager wanted to keep him this past summer and has him in the team most weeks. Fellaini has become a reliable source.