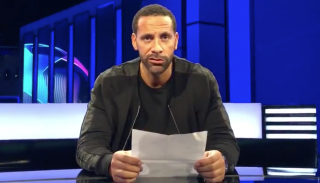 Rio Ferdinand has written a poem on diversity in football.

Sat in the BT Sport studio ahead of their Champions League coverage on Tuesday, Ferdinand read out a poem he has titled UNITED.

Ferdinand has used the poem to explore gender equality and a range of other diversity related issues from a footballing perspective.

We’re not saying Rio is the next Emily Dickinson or W.B. Yeats, but it’s a pretty good attempt at poetry on an important topic, and the message is clear: “On the pitch, we’re all the same.”