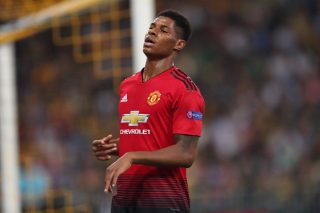 It was a bad miss.

Though instead of shaking his head in disbelief, Jose Mourinho should reconsider his actions and perhaps look to encourage his young striker.

Marcus Rashford was played in on goal and the nearest defender had no chance of keeping up with the England international. He then approached the goalkeeper before sending his effort over the bar from a position he really should be scoring from…

But it seems like Mourinho wants to create tough love at Old Trafford, but that may be an outdated method of man management when you consider how other top managers nowadays tend to put their arm over players in attempt to get the best out of them.

Back in his Chelsea days – the first time around – Mourinho was also confrontational but in a more persuasive manner.

He just comes across as a nark nowadays.