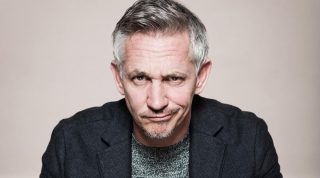 At Old Trafford on Tuesday night, the Spanish no.1 dived to his right to save an effort that took a heavy deflection. The save kept United in the game with the scoreline currently 0-0 before Marouane Fellaini’s stoppage time winner saw the Reds qualify for the Champions League knockout stages.

On Twitter, BBC pundit Lineker singled out De Gea’s incredible save, sharing footage with the following caption: “Not for the first time the remarkable David de Gea rescues @ManUtd with a truly remarkable save.”

Lineker wasn’t the only one left drooling…

Not for the first time the remarkable David de Gea rescues @ManUtd with a truly remarkable save: pic.twitter.com/thaeNxE2PN

He’s just amazing, isn’t he? De Gea may not have been his best this season, but it doesn’t help having a woeful defence. The ex-Atletico Madrid shot-stopper provided another moment of sheer class and we can only hope he renews his contract at the club.

It’s not as if United have a good track record at recruiting.