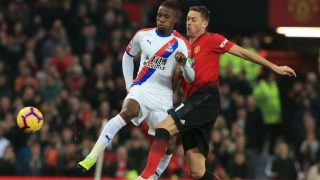 They say suffering builds character and anyone who supported United during the 70’s/80’s will tell you that. So, come 5 o’clock on Saturday evening as I was leaving the ground and thinking this is annoying but even the best teams have off days at home, but we are far from those days where a bad result at home could be just shrugged off by the Old Trafford faithful.

So, on the final whistle was met with jubilation from the away end but met with boos from the United fans who had endured a frustrating 0-0. Looking at the team sheet when I got into the ground, I thought that this is a pretty attacking line-up but how wrong I was. Anthony Martial was poor and even Martial FC on Twitter couldn’t defend him, Paul Pogba played like it was a Power league game at times. Needless showboating, failing to complete even some of the basics and being outplayed by a midfield that is worth only a fraction of his transfer fee. Instead of pushing up to force United higher up the field he came deeper to the delight of Cheikhou Kouyaté and Luka Milivojević.

As a midfielder Pogba job is not to be pinging 60-yard passes to either fullback but running towards goal forcing the midfield back closer to goal and thus the defence would drop deeper as the midfield retreats to cope with the midfield runner. Credit to Palace though as the came with a game plan and it worked, were it not for a lack of composure from Andros Townsend they might have left with all 3 points.

Apart from the back four, goal keeper and Nemanja Matic, all of the player in the starting line-up were attack minded so what went wrong? Fundamental issues like having someone who actually plays and stays on the right wing are vital for everyone else but not for United. I mean most of the fans can see the problems and yet the board can’t, maybe the next sponsors at Old Trafford should be Specsavers. If you are team lower down the table than United, then you know that you have to come with a game-plan and see it out and maybe if you are a little bolder when attacking you might take all three.

So, if United have been sussed by the lesser team and pummelled by the better teams this year, is it time to part with Jose Mourinho? I don’t think so as of right now, but he has a mountain to climb to win the fans back, normally when the fans turn then the P45 isn’t too far away. On Friday quotes from an interview emerged where he seemingly criticised the character of several players, but Sports Witness posted an article translating said interview and the comments seemed completely different from what was originally reported.

Last season many scoffed and laughed when Mourinho said getting this United team to second with 81 points, but looking at this season with virtually the same team on the field he may have a point. This doesn’t excuse the poor start but does back up claims Mourinho was doing a decent job last season. This season started badly and then it is a case of one step forward and two steps back.

Most top-quality teams have like any Celeb going into the Australian Jungle a luxury item (Insert your own Harry Redknapp/Niko Krancjar joke here) in terms of someone predominantly a forward flair player. Examples of this normally are Eden Hazard at Chelsea, Cristiano Ronaldo when he was at Real Madrid and Lionel Messi at Barcelona. The kind of players who don’t really track back that much or do that much defensively as they are match winners who are better further up the pitch, so you adapt your team so other players pick up their slack to allow the flair players to be the different further up the pitch. Sadly, United had too many luxury players who just didn’t seem like they wanted to roll up their sleeves and do the dirty work to get over the line. United have far better players but if they don’t turn up then what else do United have to offer, so on this principle alone I agree with Jose in that the players need character as well as ability to get through games like this.

In the good old days, the players would have rolled their sleeves up or in most cases the squad players who came in for their battling qualities rather than their technical qualities Nicky Butt, Park Ji Sung are two that spring to mind. Sir Alex Ferguson would famously wait until the winter months and the weather changed before bringing in Nicky Butt as his battling qualities were perfect when the pitches started to cut up. The team on Saturday just didn’t want to go toe to toe with Palace who knew that they had to fight for every point but United just lacked the fight and weren’t streetwise enough (a quality all winning teams have). The title winning teams play good football but also have the ability to scrap when the opposition don’t allow them to play their brand of football, getting points when they aren’t playing well makes you a great side.

Look at Liverpool this season, they seem to have sacrificed their explosiveness for a more solid approach and because of this they have a watertight defence and are still unbeaten in the league. They all know their roles and while United laboured to a draw they went to Watford and to be honest didn’t have it their own way for the first hour. They grinded the game out and then once they got the breakthrough then they grew and added to more to make the score line more flattering.

People talk that Spurs haven’t had any money in the summer and are outperforming United but will probably neglect to mention that Mauricio Pochettino has been in charge for 4 and a half years where he has cultivated his squad and lost the deadwood. Also, he has never had money because his Chairmen is Daniel Levy who is shall we say very frugal at best and also all their equity is tied up in their new stadium.

The club is falling behind on the pitch and this needs to be delicately handled as if you want Jose Mourinho out then you have to ask yourself the question do you trust Ed Woodward to get the next appointment right? I personally don’t and there is no obvious candidate to replace him as anyone who the fans deem good enough will be in a job and to the board the best candidate who will want the job will be Antonio Conte so all the Mourinho outers will have to be careful what they wish for in that respect. I doubt Zinedine Zidane will take the job at the moment so when Conte sorts out his payoff from Chelsea, he will be the big name the board lean towards should they dispense of the Special One.

Also, if a manager who has won everything in the game isn’t backed by the board then what chance has the next manager got? Duncan Castles, a journalist with strong links to the Mourinho camp, told a story on The Transfer Window podcast last week that a Manchester United scout was sent to watch a game between Czech Republic and Iceland, the scout arrived in Reykjavik only to realise the game was being played in Qatar. I will just say this is a normal problem for a team that can’t turn up on time for a home game

So where do we as fans go next? A lot of fans are arguing with each other be that online or in fan cam interviews. This is our descent into the seventh level of hell or Arsenal in the late Wenger years where Arsenal Fan TV should have been pay per view with Michael Buffer announcing it. Apathy from rivals and other clubs is a sad sign of the times at the minute but this club will come back but it will get worse before it gets better and we will have to endure a few more months before the overhaul in the summer begins and radical changes (if any) happen in management, playing staff and in the structure of the hierarchy of the club.

But I will keep going and keep watching every game as it is my team win lose or draw, leaving Old Trafford on Saturday I was frustrated about the performance, but I felt like this team didn’t fight hard enough and that annoyed me. Sometimes you don’t play well that is fine, sometimes the other team play better and that is fine but if you don’t show any fight that is unforgivable for all fans. Luckily the next game comes fast in the guise of Young Boys and a positive result and performance is essential for the fans. December is a very long month for everyone and the festive season is accompanied with lots of food and football and to be honest all I want for Christmas is for a United corner to beat the first man, that’s not too much to ask for is it?