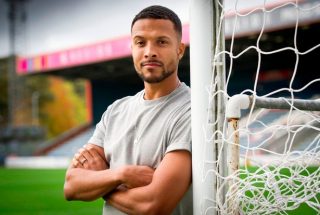 When you look back at what he’s done in his career and life, it is clear that he is no ordinary footballer or 29-year-old. He may not have made the grade at United, but he’s fought a tougher battle – not once but twice.

He has battled cancer twice; recovering both times from chemotherapy and then life threatening stem cell treatment before returning to the football pitch.

Currently playing for his hometown club, Rochdale, Thompson scored the winning goal against Charlton Athletic in May to save the club from relegation.

At United, he came through the same academy side as Tom Cleverley, Danny Simpson, Danny Drinkwater and Tom Heaton. That is enough to suggest Thompson was coming through in a high standard youth side, and he’s since gone on to provide memorable moments down the leagues.

Watch the 8-minute video on Thompson below.