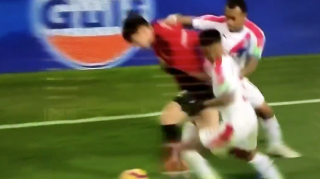 There are few positives to take from Manchester United’s scoreless draw against Crystal Palace.

It meant more points dropped in the Premier League as Liverpool increase their gap between us and them by 12 points. By no means is that ever acceptable, especially in November.

We are completely out of the running for the title and are in the process of doing the same for a top four finish, despite Jose Mourinho showing optimism about finishing the year strongly, as quoted on ESPN.

READ MORE: Player Ratings: Poor display by Matic against Palace – ‘he must be immense in training’

By that, does he mean winning just our last game in 2018 – against Bournemouth on New Year’s Eve?

Anyhow, we will tip our hat to one United player today. Victor Lindelof is beginning to look like a good defender stuck in a bad defence, and he went the extra mile in the dying stages of Saturday’s draw with Roy Hodgson’s Palace.

The match had reached stoppage time when Lindelof was seen clutching his right thigh, though that did not stop the United centre-back from being able to intercept and beat two Palace players.

Lindelof clutching his thigh while still being able to intercept and beat 2 players. Fantastic commitment 🔴 pic.twitter.com/21iQnOICJ7

Top commitment. He’s winning us over while faith is being lost in others.