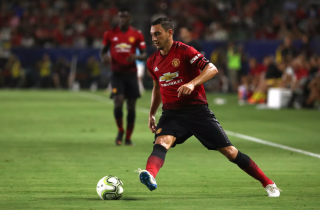 Roy Hodgson side arrive at Old Trafford hoping to do the same thing as United by putting a run together and getting their season back on track.

The Christmas period is quickly approaching and Jose Mourinho believes his side will be in a stronger position by the end of the year. If the lads are to make that happen, though, we’ll need to get off to a winning start today.

Palace have former United winger Wilfried Zaha returning to the line-up. While it never really kicked off for him at Old Trafford, he’s back playing some of his best football year and we should expect him to threaten our woeful defence.

Mourinho, however, has opted for the following line-up.

The surprise inclusion is Matteo Darmian at right-back with Ashley Young being switched across to the left side of defence due to Luke Shaw’s suspension.

Juan Mata returns to the midfield to partner Paul Pogba and Nemanja Matic.

And, perhaps the biggest news of all is Romelu Lukaku is back leading United’s attack.

RECOMMENDED: Atletico Madrid vs Barcelona – How to watch the La Liga clash on TV or online.