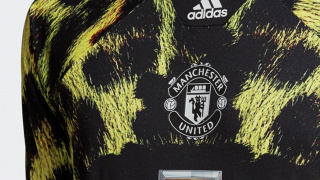 Another avenue to drain money from the fans.

A FOURTH Manchester United kit is set to go on sale and it will set punters back as much as £80.

That’s according to The Mirror, who also claim the players themselves will never wear the hideous kit.

So, yes, you got that right. A football kit said to cost £80 is soon to be released by United, but you’ll never see it worn by the players… unless you play FIFA 19.

The fourth strip, already existing in FIFA 19 Ultimate Team, is part of a collaboration between Adidas and EA Sports.

The design is striking! Leopard print and, thankfully, it will only be available to fans in limited stock, according to Footy Headlines, who are a reliable source when it comes to new football kits.

It will probably go down a hit with some of United’s younger players, who have a questionable dress sense at best.