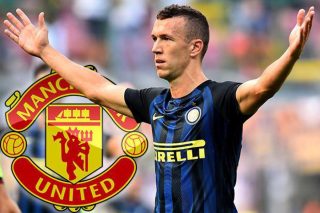 Manchester United will be on high alert if reports are to be believed that Inter Milan could be ready to sell Ivan Perisic for a reduced price, but it’s likely to come with a catch.

According to Calciomercato, cited by The Express, Inter want to replace the Croatian “with a player like Martial” which should be a major turn off for the Reds. It states that the Serie A giants could allow their winger depart for €35 million as long as they get to rebuild their squad around the Frenchman.

In July, Miguel Delaney of The Independent claimed Mourinho was desperate to bring in a winger and was willing to look elsewhere after Perisic’s fee had rocketed further the World Cup. Though we didn’t know then whether Martial would still be at the club this season…

Last year’s January signing, Alexis Sanchez, was thought to have put speculation surrounding Perisic and United to bed but the Chile international has been average at best and The Guardian has reported on a potential exit to Paris Saint-Germain.

However, should Sanchez leave United he wouldn’t necessarily need to be replaced.

United already have a better and young alternative with Martial, and the club should make it clear to Inter – or any interested club for the matter – where to go.

As Reds, we have traditions. To encourage young talent and to give them a platform to express themselves.

Selling Martial would ultimately go against that.

Mourinho needs a new winger but on the opposite flank. Each attack almost looks reliant on the left side, but Mourinho’s men could hurt teams more if emphasis was shared on both wings.

That’s why signing a player like Willian from Chelsea made more sense during the summer, as reported by The Express, than lumping a significant fee on Perisic when Mourinho already has a number of options on the left (Sanchez, Martial and Marcus Rashford).

Moreover, Perisic will soon be on the wrong side of 30, with Martial still only 22 with his prime ahead of him. A potential deal seeing these two players exchanged would represent a bad settlement for United.

There is nothing to suggest Mourinho would flog Martial if Perisic became available. Earlier this month, Manchester Evening News reporter Samuel Luckhurst claimed Mourinho has already declared his hopes for the French youngster to renew his terms at Old Trafford.

This is not to say Perisic wouldn’t make a good signing for United. He might, but the Reds would be stupid to sacrifice Martial.

Any sale of Martial at this stage would be deemed foolish.