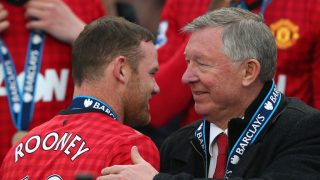 Wayne Rooney admits he wants to turn to coaching once he hangs up his boots.

Currently playing for DC United in the MLS, Rooney has notched 12 goals in 21 games, but at 33-years-old he may have more to offer across the pond in America before he decides to retire.

Rooney is set to represent England for the last time against the USA in an international friendly at Wembley Stadium.

In an interview with MUTV’s Stewart Gardner, Rooney was asked if he will follow Michael Carrick and Ryan Giggs into coaching when he decides to call time on his playing career.

“Yeah, it is something I am passionate about and I want to do,” United’s all-time top goalscorer said.

“Obviously, I need to complete my badges, which I am doing over in the States. Hopefully, by the time I come back to England, I will have them completed and be in a position to accept or reject any offers I get.”

Management isn’t for everyone, therefore, is a risk as Gary Neville learned in Valencia. But it’s a risk we should encourage former players to take because otherwise it’s a fantastic opportunity ignored.

Neville would have learned a lot from his time managing Valencia. It didn’t work out but he gained valuable experience.

Some like to use it as a stick to beat him with, but what have they brought to the game?

It would be interesting to see Rooney in the dugout watching games from a different perspective — after playing under great managers such as Sir Alex Ferguson and Jose Mourinho (not David Moyes or Sam Allardyce).

And, who knows, one day he could be a great manager and want to take the United job? Stranger things have happened.