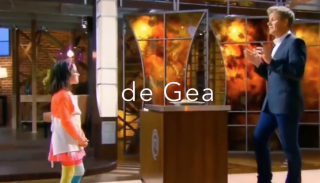 A hilarious video has emerged online featuring Gordon Ramsay’s theatrics inside the kitchen with a Manchester United twist.

It was initially shared by @utdstreet on Twitter with the caption: “Me when different United players make mistakes #mufc”.

Ramsay, an award winning British chef, is renowned for being a bit of a hot-head. He makes for excellent television and, like Mourinho, the angry cook carries a reckless persona.

Whoever created this footage was clever enough to go into detail about how Mourinho may view certain players in the United dressing room.

And, it turns out there’s some favouritism for Anthony Martial, who, of late, deserves praise given his form on the pitch rather than the kitchen.