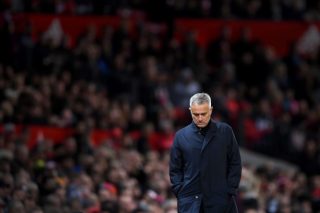 Manchester United have an attack-heavy squad and Jose Mourinho is struggling to find a balance in his team.

The Portuguese tactician renowned for his defensive-mindset and setting up to control games which often entails nullifying the opposition.

It has been clear this season that Mourinho needs to buy defensive players of a higher standard than what he currently has at his disposal. For instance, Chris Smalling and Phil Jones have been hopefuls for a long time when, in reality, they’re hopeless and need to be moved on.

Mourinho will be held responsible for signing the slightly improving Victor Lindelof, though sources close to Stretty News claim Eric Bailly was on the club’s radar before he had been appointed manager in 2016.

According to James Ducker of The Telegraph, Mourinho is prepared to offload Bailly and Marcos Rojo to make way for a new centre-half in January.

On the contrary, however, The Independent’s Miguel Delaney believes Mourinho faces another frustrating transfer window because the Reds look unlikely to sign anyone in the winter transfer window. It is also claimed that there is a lack of communication between Mourinho and the club’s vice-executive Ed Woodward, which shouldn’t come as a surprise…

Delaney adds to his report that there remains “a distinct possibility that they [Mourinho/United] could part ways at the end of the season,” which may explain Woodward’s alleged reluctance to back to fund the manager’s wish list in January.

So, buckle up Reds… There may be another underwhelming transfer window on the way.