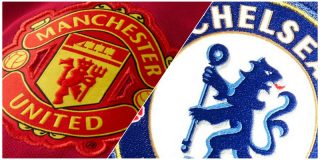 With no disrespect intended towards Chelsea Football Club, there are certain ways that have begun to be associated with the club’s approaches towards achieving success. It can be called a rude stereotype to call Chelsea a short-termist club, but recent evidence and history proves that they indeed are a club that believes in being ruthless and they take a very direct path to success. Long-term thinking is non-existent a lot of times, as the club is known for making decisions to reflect the hunger for success — one way or another.

It certainly isn’t a wrong way. No path to success is wrong, unless its not criminal. But if there’s any other club that could well be heading towards being a lot like Chelsea, then its Manchester United.

Known for its traditions for being a long-term thinking club and a club that believes in building for the future, United showed a lack of willingness to carry their so-called traditions forward the day they appointed David Moyes as the manager. Not to doubt Moyes’ ability to have got the best out of players who were signed for very cheap on his arrival at Everton, the Scot’s playing style was never going to be pleasing for United.

It was defensive, dark and negative. Some sadly, couldn’t figure out how his United side was going to play. But it was clear that what Moyes was, in terms of style and approach to the game, Sir Alex was on another extreme. Fergie was on a favourable extreme. A one that United fans had fallen in love with for over 20 years. A one that perhaps spoilt them too.

And when a club that has had a history of winning things while playing pleasing football like they did under Sir Alex and Sir Matt Busby plays football that is dull and ‘embarrassing’ according to some fans, there’s only going to be one conclusion. Moyes lacked the courage to stand in front of the cameras and impose his authority. He looked pale as ghost — out of his depth and nervous. A situation miles apart from how Sir Alex was — confident and imposing.

The man chosen to replace Sir Alex was never the one to carry forward a legacy that was built on values that he has hardly adhered to. His methods of success at Everton were very different from what United wanted. And that was where United made their first error after Sir Alex went. The continuity was broken. The philosophy died.

If Louis van Gaal had been roped in before Moyes was, the continuity in carrying forward the legacy would have been a bit more substantial. The approach to the game was not as negative as it was under Moyes, but it was dull and boring. Too many side ways passes and little penetration. When penetration was one big thing under Fergie. Too much possession without any substantial outcome was bothersome.

LvG though, had that personality. He had that courage to go in front of the media and impose his will. He was hardly backing away from being himself. Every press conference or interview he gave showed that he had that character about him to be a United boss in the long-term. But the idea of being long-term went out of the window soon.

The Iron Tulip had built the foundation of a very good bunch of players. Luke Shaw and Ander Herrera had improved. Anthony Martial was in the form of his life and a new star in Marcus Rashford was born. While Memphis Depay had struggled, he had shown his quality in a lot of games when the senior players were injured. United had the second best defense in the league behind Tottenham and there was a point when Ashley Young and Marouane Fellaini had witnessed resurgence. Jesse Lingard was reaching where he was expected to and Wayne Rooney was doing his bit to come up with the goods too. Above all, LvG had handed debuts to a lot of United’s youngsters. And a lot of deadwood from the past had been removed.

But it all came down to the playing style. It wasn’t attractive enough. It didn’t lift fans off their seats as much they had wanted. The FA Cup had provided the platform to progress and with a team that was improving, that was when the idea of long-term building was put to fire. LVG had finished fifth on goal-difference behind City, who had appointed Pep Guardiola.

In came a man who Bobby Charlton had dismissed as Sir Alex’s successor back in 2013 because his style and approach to winning games was, in no way, similar to what United were craving for. The Glazers wanted success with Jose Mourinho and were envious of the neighbours more than ever. They wanted to give them competition and get to success quicker than them. There seemed to be little regard and care for what United have always been and how they have always been.

Dave Sexton was once sacked as the United boss for not playing the ‘United way’. Jose’s appointment was seen as a coup. A one that could take United back to the top. Blinded by the Glazers’ attempt to making commercial revenues from Mourinho’s name and his shirt-sales.

Fast forward to now, the confusion at the club knows no bounds. No one knows who to blame. United beat Juventus (a team that’s on another level) 2-1 in Turin playing the Jose way and some expectations were to play good football and beat City when Jose has never played that way in his life. The 3-1 loss was coming. And the way United played was pretty expected. It was very much like how they played against Juve — they attempted to hang in for as long as they could and get a result in the end. But they ran out of luck as City’s finishing abilities proved to be too deadly for their luck to survive.

Fans are now furious at how United approached the game when it was exactly how they had approached the Juventus game. They want their attractive football back, but the Juve win with the Jose way was like an opium to them. For a moment, they forgot that they were playing the Jose way and not the United way.

Although, Jose will be gone sooner or later, United will be left to wonder what next all over again. They’ll be stuck in a transition period once again. But the transition this time will be very different. The demand will be sky-high, especially with the likes of City, Liverpool, Chelsea and Tottenham improving and overtaking United. The fans will want immediate success, along with building long-term. They would demand a top-four finish every season and a slip up could lead to a sacking. After 5 years of not having played football the way they want, the fans would beg for that. They’d big for wins and trophies. They would demand perfection.

The board though, would look at a manager who would increase United’s brand name and would give them more revenues. Never would a name like Eddie Howe be in the frame from them. Not because they would have learnt that managers from smaller sides can’t manage United, but because appointing Howe and appointing Zinedine Zidane has difference of about some millions, in terms of how much revenue their names would generate.

And Zidane, for all his three consecutive UEFA Champions League titles with Real Madrid, will not play a brand of football that will be as attractive as United want. The Frenchman won hearts of many by playing a resilient and pragmatic brand of football, which is tactically flexible but relies on managing games and digging them out. And he too could get drowned in the strive for perfection that the club is after. The strive for getting everything right. Within three seasons, the great man from Marseille could soon be gone.

In fact, Arsenal have done something they should be proud of. They brought in Unai Emery in an attempt to carry forward the legacy of playing attractive football. And the Spaniard is making his side do just that. While the pressure on him wasn’t as much as it was on Moyes, but Arsenal’s decision to get a like for like manager after being managed by one man for over 20 years should be something United have to envy.

With the heirarchy at United in absolute shambles, its doing nothing to help the manager. Ask Jose, he knows about it very well. It seemed all happy and jolly early on, but its gone from bad to worse. And it seems as though every manager who will take charge of United will fail. He will club in a spot from where he picked up. It will all be like a cycle.

As confusion reigns at Old Trafford, the club is tottering at the edge of going into its cocoon and starting on its own and looking around to get influenced and become the new Chelsea, which will be short-termist, commercially driven, ruthlessly success-driven and overly no-nonsense in its approach.