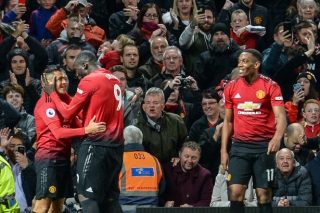 Barcelona top the list of European clubs for the amount they spend on wage bills — £424 million – which is almost double that of Premier League champions Manchester City.

This is according to the Daily Mail, who claim Lionel Messi makes up an incredible 15% of Barcelona’s outlay, with his weekly wage package amounting to £1.75 million.

The Reds are also ranked third in Europe, with Real Madrid coming in second and Paris Saint-Germain third.

This backs up claims made in a Stretty News column published earlier today by Jamie Spoor, who argues that United sign players for the sake of it rather than analysing whether or not they will suit the team.

A fair argument considering Alexis Sanchez was signed a year ago, given £500,000 p/w as per The Express, has underperformed and now wants to leave Old Trafford, as per the Telegraph.

It makes Sanchez the highest earner at Old Trafford and his performances don’t warrant that.

So, the team with the third highest wage bill in European football is currently positioned eight in the Premier League behind clubs like Watford and Bournemouth.

Something has gone very wrong at Manchester United.