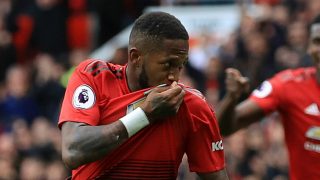 Manchester United have got many things wrong over the last few years. Too many things wrong to cram into a single blog post – issues that don’t need embellishments and shortcomings that we’re all aware of. It’s easier to say what’s gone right rather than trying to dissect the plethora of problems running through the club like a virus from top to bottom.

But perhaps the most abhorrent dereliction of duties comes in that most pivotal of times in the transfer window – the three months between June and August, and the four weeks in the New Year, that can and have shaped the fortunes of a football club. Therein lies another problem, we are not Manchester United Football Club. Such has been the change of vision and priority from those in the corridors of power, that on pitch success is secondary, as obsessed as they are in pushing “brand United” and Manchester United as a financial entity away from silverware and on to the slippery slope of resale value, share prices and commercial revenue.

Increasingly, United are signing players just for the sake of it, rather than with the view to improve the playing squad in any feasible way. Take Alexis Sanchez as an example. Now, there’s no denying he is – was – a world class player in an otherwise underwhelming Arsenal side. When a player of his quality and calibre becomes available, it can be argued that you have to go for him. But at the time of his arrival, Anthony Martial and Marcus Rashford were both in the form of their lives – one would start, terrorise the opposing defence for 70 minutes before being replaced by the other to come on and score. Alternating their places week in week out, it was heady days indeed for two of United’s dazzling 24-carat talents. Our left hand side was in the best shape we’ve seen for many a year. The signing of Sanchez put paid to all that.

All through the summer and into the turn of the year, the Sanchez transfer rumours continued to rumble on. Manchester always seemed his certain destination – but not United. Pep and City had virtually done a deal with the Chilean, he was on the brink of joining the blue half of town, before – at the eleventh hour – the club swooped in and pilfered him from under the noses of the neighbours. Given what’s transpired in the ten months since, they will be thinking that they dodged a bullet.

We didn’t need Sanchez – he was signed, most probably by the board, purely as a statement, to sell shirts and to prove that United have not slipped behind City in the only area that matters to Ed Woodward and the Glazers – maintaining the club’s equilibrium as a global money making super power. Sanchez was signed as proof that we can still beat City to the big name players.

When we signed Paul Pogba, Woodward said that it was a deal two years in the making – so it stands to reason that Jose Mourinho himself would not have been involved in the transfer. Again, Pogba, a superstar player with his own emoji, his own hashtag, and his own brand big enough to keep United’s commercial conveyor belt rolling along nicely.

That brings us neatly to Fred. The Brazilian was Shakhtar’s superb string-puller in chief last season and was strongly linked with a move away in the summer. As soon as City were interested in him, United popped up, tabled a £52m bid and, lo and behold, he was unveiled at Old Trafford holding up a red shirt a few days later. He’s barely been since and Mourinho already seems to have lost faith in him – again I suspect he was a statement signing by the board. So scarcely has he featured, I’ve not seen enough of him to be able to pass judgement and we’re over a quarter of the way through the season.

Brazilian, good for resale, will sell shirts as all new signings do, and joined United ahead of City. It stands to reason that Mourinho didn’t want him. That would certainly explain his lack of game time.

I’ve had enough of this club buying players simply for the sake of it and not for the sole reason a football club should strive to do so – to improve the team, win trophies and become a dominant force.