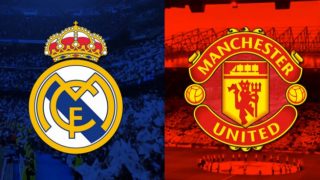 This morning we brought you a report from The Telegraph claiming Manchester United and Alexis Sanchez fear being stuck with each other due to Paris Saint-Germain prioritising younger signings than the Chile international.

Furthering the view Sanchez wants to leave Old Trafford a year into his contract, Sport believe his agent, Fernando Felicevich, is trying to find an alternative way out for his client.

According to Spanish television show ‘El Chiringuito’, cited by Sport, Sanchez’s agent has made contact with Real Madrid to weigh up options for the player ahead of a potential January switch.

Sport also claim that this is not the first time Sanchez has been linked with a move to Los Blancos. They were said to be in the running for his signature before he joined Barcelona from Udinese.

From a United perspective, selling Sanchez would free up a large chunk of the money the club spends on wages. The Express states that the Chilean earns £500,000 p/w at Old Trafford, and his performances have been below par since joining from Arsenal almost a year ago.