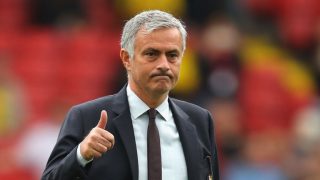 Manchester United are in talks with Juan Mata, Ander Herrera and Ashley Young with a view to extending their contracts.

That is according to The Independent’s Mark Critchley, who claims the club have begun negotiations with the trio who will be able to leave United for free this summer unless fresh terms are agreed.

Young has been a starter under Jose Mourinho the past two seasons, albeit at full-back and not further up the pitch in his preferred winger role, while Juan Mata and Ander Herrera have always been fringe players under the Portuguese tactician.

Mata, 30, has been linked with joining former coach Unai Emery at Arsenal on a Bosman, as per talkSPORT. Although he’s not a regular in the starting line-up, it would be a kick in the teeth to lose one of our most creative players to a domestic rival. The Spaniard can still produce game-changing moments in games as seen in Turin last week when his free-kick saw United equalise against Juventus before going on to win the game late on.

Herrera, on the other hand, is slightly younger but should be considered more of a squad player. He’s very much a Mourinho type of character too, keen to take and carry out tactical instructions, but not quite good enough to change games on a consistent basis.

Young is the oldest of three at 33, but he features in Mourinho’s starting line-up each week due to the boss not having enough faith in the younger Diogo Dalot as of yet. Meanwhile, Antonio Valencia has gone backwards with age…

United need to realise Young is getting to the stage of his career now that he, like Valencia, will start to decline. A contract extension shouldn’t be any longer than a year.