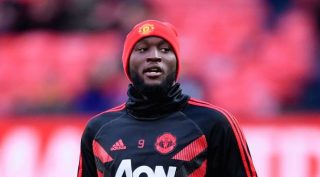 Romelu Lukaku may return against Manchester City on Sunday.

The Belgium international has missed the last two games against Bournemouth and Juventus through injury, but manager Jose Mourinho confirmed on Friday that there is a chance Lukaku will face City this weekend.

While he’s only managed to score four goals in 14 appearances so far this season, Lukaku returning to the squad is a good news for Mourinho. The more options we have in each position the better, and to rule Lukaku out completely is just daft.

READ MORE: Mourinho warns Man Utd players about their approach to games ahead of Manchester Derby

The former Everton striker has gone through a difficult period in his career and is short in confidence. This is when Mourinho needs to step in and drive his main front man on to reach previous heights and beyond.

In Lukaku’s absence, Alexis Sanchez has done ok in the centre-forward role. The Chile international has more mobility and appears to link up with the wide men better than the Belgian has this season, so he has definitely given Mourinho something to think about going forward.

Speaking to MUTV ahead of the Manchester Derby, Mourinho said: “No new injuries. So from Juventus, we don’t bring important injuries. We have ‘touches’ but I don’t think any player that was available for Juventus will be out.

“We have a chance – it is Friday morning now – that Lukaku could be back.”