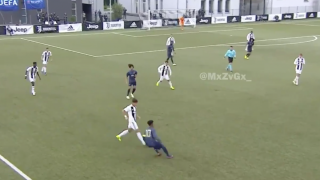 Angel Gomes is one of the brightest prospects coming through at Manchester United.

The 18-year-old showed again on Wednesday why people should be excited about his potential.

Gomes ran the show as United’s young side drew 2-2 with Juventus in the UEFA Youth League.

Along with Mason Greenwood and Tahith Chong, who were all on tour with the first-team this past summer, Gomes was impressive in Turin.

Juventus took the lead twice in the match but the Reds fought back much like the first team did later that night.

United’s two goals came from an own goal and an Aidan Barlow penalty, but it’s no surprise to see tweets pointing out Gomes’ performance.

If he can keep playing at this level, looking like a player too good for that standard, it will only be a matter of time before the first team comes calling.

Watching #UYL and Manchester United’s midfielder Angel Gomes is a special player. Always wanting the ball, moves side to side and back to front. No shirking, just finding space and moving it on.

Nicky Butt will be pleased with his side’s never say die attitude against an Italian team that were more physical.

You watch Gomes’ performance below: 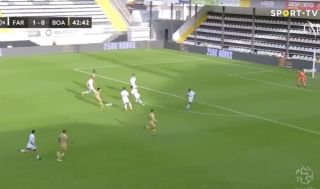