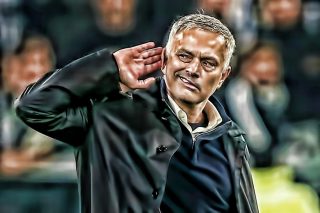 The manager was on the brink of getting sacked and, while I wasn’t completely against the idea, it was also my view that we would be headed towards another dead-end knowing his successor would have to put up with Ed Woodward and the Glazers.

I felt – on and off the pitch – Mourinho had lost his mojo a bit. He had been tediously grouchy since the summer and was shutting down any hope we had before the season even began.

But since that win over Newcastle – when Mourinho swore leaving the Football Association deeply offended – the manager has come across so much happier, and back to being a mischievous rouge.

Before cheering up and reclaiming some of the swagger from his early days in management, Mourinho reached new heights of paranoia with his ‘everyone’s out to get me’ malarkey. Mourinho gets a hard time from some but a lot of the time he doesn’t help himself.

A frustrating summer transfer window saw Mourinho attempting to prove a point by bizarrely playing midfielders — Ander Herrera and Scott McTominay – at centre-back this season. It backfired against Tottenham and West Ham as United conceded three goals in both of those games, but is it worth going to such extremes to tell your bosses to get their act together and bring in the players you want?

I didn’t appreciate it as a fan.

A better way to prove squad inadequacies would be to use your tactics and managerial nous to paper up cracks, like United did in Turin on Wednesday night, when Mourinho showed that he is still capable.

Juventus are a much better side than United and should be seen as the benchmark for club’s wanting to break into Europe’s elite for footballing reasons, though they were unable to finish United off after working tirelessly to open the scoring for an hour or so.

There is no denying they were nullified by United and failed to take their chances before it was too late.

Mourinho clinically made the right substitutions at the right times only to further my opinion he got it spot on from start to finish.

Marouane Fellaini didn’t need many touches on the ball to cause havoc for the Juventus defence. They knew letting him free inside the box would leave them more vulnerable.

The Gods of Defending could bless them all night long, but it didn’t matter as Fellaini’s introduction would tear up any script.

The comeback began with Juan Mata’s sensational free-kick. At that, I was buzzing by nicking a point away to Juventus, who should be going all the way in Europe this season.

Though we weren’t finished there. Mourinho allowed his players to push on for a late winner, rather than retracting and settling for a point which most fans would have been happy with.

Marcus Rashford, one of the three substitutes, contributed massively to United’s winning goal by showing hunger to win back possession and draw a foul in the process. An Ashley Young free-kick from out wide entered the box towards a flurry of players and into the back of the net, bouncing off Juventus defender Alex Sandro.

This gave United fans a night to remember. We’ve not had many of those in recent years, so credit must go to Mourinho, who capped it off brilliantly at the end with some classic Mourinho theatrics.

Concerns over Mourinho’s behaviour potentially making United less popular make me laugh. I much prefer it when he channels his inner b*stard with opponents rather than our own players.

We’ve never been liked and that won’t ever change. 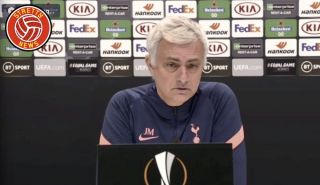