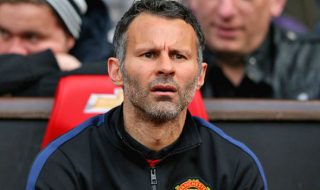 Watching Manchester United can be like digging into a Dolly mixture. You’ve no idea what you’re going to pick out of the bag of sweets.

One week we look good, as though a corner has been turned. The next we’re dour again.

United in recent weeks have shown they can turn on the heat and play well as a team that gets forward, but it’s how we start games that will leave you scratching your head.

Jose Mourinho’s side is just nowhere near consistent enough and that is a concern ahead of big nights like these, against Juventus in the UEFA Champions League.

The Reds are going to need to be at their best against the Serie A champions, who won the first game 1-0 at Old Trafford. In the first-half that night they completely bossed us off the pitch and if we let that happen again, there’s a good chance the game will be over before half-time.

“I’ve been really impressed with United in the last four or five games, especially second-half,” Giggs said, as quoted on Reuters.

“But I don’t know what it is. As a United fan you are scratching your head. They have proven they can give anyone a game, but if you don’t turn up for 45 minutes you will not win.

“You have to turn up for 90 minutes and United have the players,” added the Wales manager. “They were second best the other week, but I think it will be closer on Wednesday.”

Giggs’ final note was on Juventus in the Champions League. Tonight’s game in the Allianz Stadium will be no walk in the park and United are already with striker Romelu Lukaku, as per Sky Sports.

The Belgium international also missed the Premier League win over Bournemouth at the weekend when Alexis Sanchez took his place in the side after Lukaku picked up a muscle injury the previous day in training.

As the Sky Sports report claims above, Mourinho made it clear Lukaku will remain a doubt for Sunday’s Manchester derby.