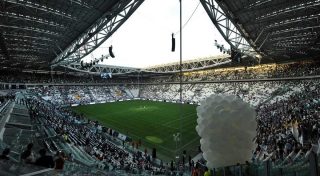 Jose Mourinho has named his starting eleven to face Juventus in the UEFA Champions League.

This is the return fixture after the Serie A champions already took three points from their Old Trafford visit last month.

A win for Juve will secure top spot in Group H for the Italian giants, whereas United will need to do more in the final two games against Young Boys and Valencia in order to qualify for the knockout stages.

Anyhow, this is the starting eleven Mourinho has decided to go with tonight.

The defence remains the same while Ander Herrera replaces Fred in midfield. That decision was to be expected after his performance against Bournemouth at the weekend. Jesse Lingard also makes a return to the starting eleven, featuring in an attacking trio of Anthony Martial and Alexis Sanchez.