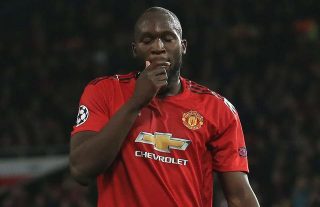 The Belgium international missed United’s 2-1 win over Bournemouth in the Premier League over the weekend. That game saw Alexis Sanchez return to the line-up and he’s likely to keep his place in the team for the big midweek match-up.

Mourinho added that he is unsure whether Lukaku will be fit to face Manchester City at the weekend.

He spoke to the media after delaying the press conference by 20 minutes.

“Injured for tomorrow and we don’t know for Sunday (vs City),” said Mourinho, as per Manchester Evening News.

Mourinho confirms Lukaku out, “injured… and we don’t know for Sunday”

The press picked up on the fact that the former Everton striker was not at training today before the squad flew out to Turin.

Hopefully, we’re given an update before the weekend to suggest he will be fit for the Derby.