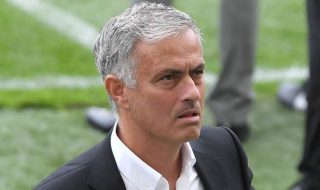 Jose Mourinho has signed Nemanja Matic three times throughout the Serbia international’s career, so it’s fair to say they know what to expect from one another in different situations.

That applies for Matic whenever United don’t win games. He claims all of the United players go into hiding at the training ground, which some fans will argue has often been the case on the pitch this season, especially away to Brighton.

None of the players that night bothered to show up and let everyone down as a result. From start to finish against Chris Hughton’s men, we were woeful; by far United’s worst performance of the season – closely rivalled by West Ham away.

“He’s [Mourinho] a great person,” Matic said, as per the Daily Star.

“He’s a different man outside the job and off the pitch.

“He does have a lot of pressure though because everyone expects him only to win.

“When we don’t win everyone is waiting to see his reaction.

“He likes to win and when we don’t win we are hiding from him at the training ground.

“He’s happy when he’s winning but when we lose, like every manager, he wants us to do better.

“He tries to find a way to be winning as soon as possible.”

If that is true, and Mourinho does try to find a way to be winning as soon as possible, why do United start so many games on the back-foot? We set up early in games to defend despite having a team not very good at defending, but full of quality going forward.

Mourinho should work towards developing this side’s approach in the final third. The players are there to hurt teams, while he certainly needs to sign a new defender or two to improve at the back.

“One thing is for sure that since he’s been in the Premier League he’s changed a lot in the league,” he added.

“The Premier League has become more interesting with him.”

United are back in action on Wednesday night in the UEFA Champions League. An away trip to Juventus beckons.

Hopefully, they won’t have a reason to go hiding after the next two games: Juventus & Manchester City.