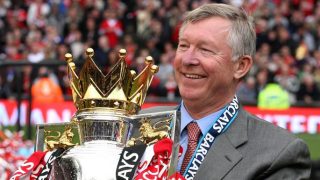 The day many of our lives changed. I had yet to be born, but what I was born into was made so much better by this man.

He left Aberdeen for United, a side he did the unimageable with, by winning the Scottish division in 1979-80 and becoming the first team in 15 years to win it other than Celtic or Rangers. This was an incredible accomplishment for any manager, but a sign of things to come as Ferguson would later arrive at Old Trafford promising to ‘knock Liverpool off their f***king perch’, as quoted by The Independent.

But life in Manchester didn’t start too well for Ferguson. He had a lot of work on his hands to change the mentality of the players and build his own teams that would go on to dominate English football.

Fergie won a whopping 38 trophies as United manager, which included 13 Premier League titles, two Champions League titles and five FA Cups. Again, he did the unimaginable. Something that won’t be achieved again in our lifetime.

His objective to knock Liverpool of their f***king perch was also achieved. Not only did he lead us to our 18th league title, United won number 20 in 2013 while the Scot decided to call it a day and retire.

The video below brilliantly captures what Ferguson did for United… The greatest manager of all-time.

Oh every single one of us, loves Alex Ferguson!

The rest is history 🔴🏆🙌 pic.twitter.com/Nk1mXpU9bz