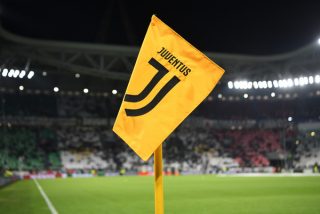 After being outclassed at Old Trafford by Juventus, we’ll take any boost we can get…

It has been reported by the Mirror that Juventus will be without three key players for Wednesday’s UEFA Champions League clash with Manchester United.

Those players include Douglas Costa, Blaise Matuidi and Mario Mandzukic.

As things stand in Group H, United are in second place but find themselves five points behind Juve, while Valencia trail the Reds in third by two points.

If the first fixture between these sides is anything to go by, it will take something special for United to win or even get a draw at the Allianz Stadium.

The injury update from Juventus originally appeared on the club’s official website.

While the three players said to be absent for the clash are key players in Massimiliano Allegri’s side, the Old Lady will still go into the game as favourites.

Even though United have gone on to record back-to-back wins over Everton and Bournemouth since the 1-0 defeat to Juve, the Reds will need to be at their best to come away with anything.

With world-class players such as Cristiano Ronaldo and Paolo Dybala in the side, along with an experienced defence, Juve ought to be considered serious challengers for Europe’s biggest competition this year.

Last season’s winners, Real Madrid, are far from impressive after sacking Julen Lopetegui just months after giving him the job.