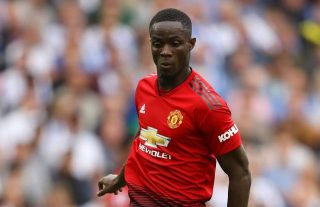 It would appear that the relationship between Eric Bailly and Jose Mourinho is a strained one.

Bailly’s debut season would see United lift both the League Cup and Europa League, and he looked like a terrific signing in the heart of defence.

That is not to say United have found their fix in defence. Anything but after conceding 18 goals in 11 Premier League games…

However, the latest on Bailly casts doubt over his future at United. ESPN journalist Mark Ogden claims Italian giants AC Milan are planning a January swoop for the defender.

ESPN also suggest that while Bailly is happy in Manchester and at United, the former Villarreal man fears that he’s lost Mourinho’s faith in him as a player.

With claims of interest from AC Milan and an unsettled player, this certainly doesn’t bode well for Bailly’s future at Old Trafford.

According to the Metro, Bailly also has interest from fellow Premier League clubs Arsenal and Tottenham. If the club decides to sell the player in the near future, to do so to a domestic rival would be daft.

Ogden also states that United are not confident that Spurs will sell defensive target Toby Alderweireld during the season, though Milan Skriniar of Inter Milan may be acquired as early as January.