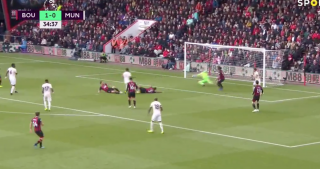 The in-form Frenchman equalised for Manchester United after Bournemouth scored an early opener through Callum Wilson.

Finally, a bit of quality from the Reds to put us back in the game.

Up until the equaliser, United were being schooled by Eddie Howe’s men.

Then the club’s player of the month for October stood up and converted his chance to make it 1-1.

There’s not much time left in the first-half and the United really needed something ahead of the interval.

Now, with the quality on show, we’ve every chance of getting three points here.