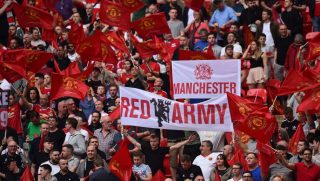 Manchester United are one of five Premier League clubs amongst a group of teams that are said to have been negotiating the formation of a European Super League, according to whistleblowing reports from Football Leaks, which were originally published by German outlet Speigel.

The Mirror have since ran a report on the Premier League clubs involved featuring United, Manchester City, Chelsea, Arsenal and Liverpool.

Meanwhile, there appears to be some confusion as to how a European Super League would work as footballers arguably play too much football nowadays. That will need to be cleared up soon as it is understood that the parties involved aim to form the so-called ‘Super League’ as soon as 2021.

It could spell the end of the Champions League, with UEFA bound to struggle to sell the competition’s global TV rights with the biggest names in European football allegedly prepared to jump ship.

The report cited by the Mirror claims the following: “The league would run for 34 weeks, with matches on Tuesdays, Wednesdays and Saturdays, while it is claimed there would also be a knockout round at the end of each season.”

While the reports look into what this means for UEFA and the clubs, little has been said about the fans. Those who attend games regularly will be hit financially and, in many cases, will be unable to watch their team as often.

Midweek trips to America, Asia and Africa may be achievable for some, but it’s not realistic for the working-class fan, who, let’s face it, has already been priced out of the game.

From a United perspective, a European Super League announcement may well feed in to the Saudi Arabia sale rumours, as per The Independent. A relatively small fry to sneak through from a PR perspective during the upheaval of a new breakaway league.