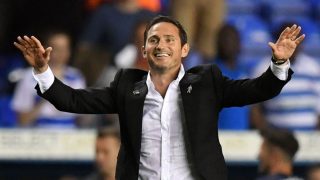 There’s always been a talent in him. He’s often chosen to display it in testimonial type circumstances. Coming on with 20 minutes. United 3-0 up and a full back that’s long since given up the will to live.

When we’ve needed him to be the match winner, to really stand up, we’ve been left feeling as deflated as a Wednesday night wife as her husband messed about on top of her for a bit, delivered f*** all joy, minimal penetration… left her wondering why she’d ever expected anything better from him.

While he’s in this short-term run of incredible form. Where he’s standing up in key moments of big games and delivering great joy while doing so, I’m gonna focus on enjoying him greatly!

See, I’m too relaxed to be alive. The list of things that really make me angry is shorter than the list of major finals Klopp has won at Liverpool.

This lad though….. he boils my piss quite furiously on a regular basis!! He’s got huge talent. When he actually applies it he’s a massive asset to us. There were moments where his movement and distribution against Everton was simply unstoppable. Everything positive about the game had him in the middle of it.

Unfortunately, everything shit about the game had him at the centre of it too. His run up like he’s trying really hard not to piss himself. Ridiculous!! But I was happy to try and overlook as he’d scored the rebound and set up the second. Everything was cosy… right up until he decided to be that FIFA nonce dicking about with his special moves 20 yards outside his own area.

A game that was in the bag had a massive hole punched through the bottom of it, by a man who is supposed to be our leader in waiting, but not for the first time this season, his showboating nearly sank the defensive ship behind him.

I wanted to see him fail spectacularly. See him back in the BT studio with a more shambolic managerial record than Gary Neville.

But no. My desire to volley his smug face into next week gets lower and lower with every performance I see his Derby side put in.

Their display at United was frustratingly impressive. They were hugely unfortunate to be on the losing side of a 5 goal madness at the Bridge. Much as it pains me to say it, I can see him guiding Derby up into the top flight by the end of this season.

I hate fixtures like these. Sky filling their studio with pundits from both sides that turn the studio into a fucking lemon party if 6 passes are strung together. (If you don’t know what a lemon party is, don’t google it near kids or on any machine you may be using at work.)

Whoever wins, will for a week at least, be the greatest team this country has ever produced.

The idea of seeing Klopp, bounding down the touchline either looking like he’s on a baby elephants weight in ket as things go against his side, or going full on cum-face as his side go 3-0 up after 25 minutes horrifies me to my very core!!

I’d prey for an Arsenal win, but nope!!! This’s one a those rare fixtures where there’s no result that is in any way positive for this United fan!!

If you enjoyed any of that, there’s more funny words living here