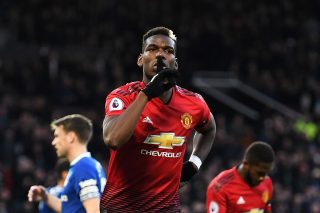 Paul Pogba spent four years between 2012 and 2016 at Juventus and the midfielder has told RMC he regards Turin as “home” ahead of Manchester United’s away encounter with the Old Lady in the UEFA Champions League next week.

The France international, who was part of the World Cup-winning side this past summer, re-joined the Reds in 2016 after a successful stint in Italy where he won four Serie A titles and two Coppa Italias. It was there Pogba became recognised as one of the finest talents in world football, though his mega-money return to Old Trafford has been underwhelming thus far.

Juventus came to Old Trafford last month and totally outclassed United, however, a narrow 1-0 scoreline hardly suggests a huge difference in quality from both sides but the first-half display was telling.

Pogba spoke to RMC about being in the same group as Juve and how he considers Turin his home.

“I expected it, it was made,” Pogba said. “I’d spoken about it with my brother last summer. I said to him: ‘Imagine we’re in the same group as Juve.’

“For me, it’s a pleasure. Turin is my home – that’s where I scored my first professional goal.”

In the same interview, Pogba talks about winning the Champions League, listing the honour as an objective for the future. He described it as “a trophy I think about, I always have it in mind.”

To add some contrast, only a matter of months ago Pogba was telling us all how he considers himself Mancunian with a French passport.

“Am I more French or Mancunian? To be honest, I’ve been how many years outside France? I am French but I’m international too,” he told the BBC. “I have the passport and the French ID but the English driving licence.

Guess footballers have a number of homes with those gigantic salaries!