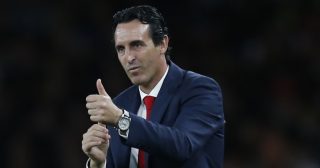 On Sunday, the Daily Star published a report claiming Juan Mata is a transfer target for Arsenal.

The Spaniard’s contract will expire next summer, meaning he could leave Manchester United on a Bosman.

READ MORE: How many players has Jose Mourinho improved at Man Utd?

It was also suggested in the same report that Unai Emery is “a big admirer of the United playmaker,” who has responded with praise for the Arsenal boss.

Mata and Emery worked together at Valencia earlier in their careers, and it sounds like the former enjoyed their bond.

‘I think what’s special about Unai is the way he communicates,’ Mata told the Daily Star.

‘In his talks, he used to write three, four or five things on the board: those were the points he was going to bring up.

‘Sometimes it was five phrases or metaphors he was going to explain. I’ve never seen that with my other managers.’

Only recently has the 30-year-old returned to the starting eleven under United manager Jose Mourinho. A start in the 2-2 draw away to Chelsea saw Mata play in a deeper midfield role, where he performed well in the second half, and it’s only right that he’s started games ever since because the former Chelsea man is without doubt our most creative spark in the final third.

Meanwhile, all is not well at Arsenal…

According to the BBC, Aaron Ramsey is set to leave after the Gunners withdrew their contract offer. That could potentially open the door for United to sign the Wales international on a Bosman, but our preference would be to keep Mata.

The Welshman is Arsenal’s longest-serving player and still a very good one. This could be a bold move by Emery…

RECOMMENDED: Vote on our Mata or Ramsey poll! 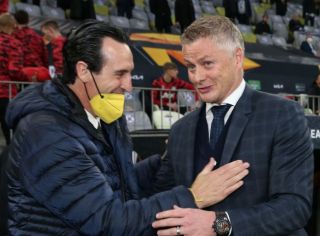