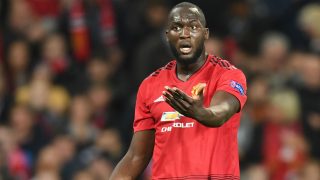 Manchester United take on Everton this evening in the Premier League and there’s already been whispers about Jose Mourinho’s starting line-up.

According to the Manchester Evening News, Alexis Sanchez and Jesse Lingard are in line to return against the Toffees.

The Chile international lost his place in the team recently with Anthony Martial taking his chances. It would be intriguing to see Sanchez start in a centre-forward role as he’s done so for Arsenal in the past.

This also backs up claims Romelu Lukaku could be dropped for the Everton match. The Belgian striker has scored just four goals in 13 games for United this term and fans have complained that other players such as Martial and Marcus Rashford have previously been dropped for less.

Chance of a couple of changes to the United team today. Possibility of Valencia and Fred coming back in with Lukaku on the bench.

It’s true but that’s down to the manager, who made it clear in his pre-match press conference that he still backs Lukaku and joked that if he rested the 25-year-old, the only possible replacement was his assistant manager Michael Carrick.

But it also marks an occasion Lukaku will be desperate not to miss.

Lukaku spent four seasons at Everton – the first on loan from Chelsea – before signing for United. He should be driven by facing his former teammates and showing the football world how far he’s come, though Mourinho may decide to take him out of the spotlight and give him some time to rest.

Lingard, on the other hand, has been missing through injury of late.

We’ll have team news once the club confirms it.