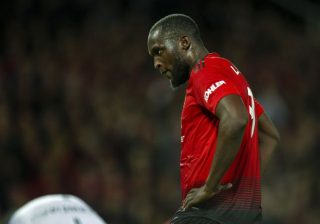 Jose Mourinho spoke to the press on Friday morning and confirmed Zlatan Ibrahimovic would not be returning as a player during the MLS offseason, as reported by the Manchester Evening News.

That may come as a relief to Romelu Lukaku, who is currently on an 8-game goal drought, but should the United boss consider signing a back-up striker to take some pressure from the Belgian’s shoulders?

Ibrahimovic, 37, has scored 22 goals in 26 appearances since joining LA Galaxy in March, rekindling speculation of an Old Trafford return, as suggested by the Daily Star. The standards are not the same, miles part even, but it’s Ibrahimovic’s drive we are clearly lacking at United.

However, Mourinho dismissed talk of re-signing Ibrahimovic but he did not elaborate on his brief “no” response. For someone who brought such a lift to the dressing room, it would be worth persuading the Swede to spend his offseason doing work within the coaching set-up as he’s already familiar with Mourinho and the team.

The manager also publicly backed Lukaku by stating “he is a good striker we believe in,” but would signing another centre-forward, at least someone with similar attributes, make sense for United at the moment in time?

It’s hard to see where the goals are going to come from if Lukaku’s dip in form continues, and reports from the summer suggested Mourinho was considering alternatives to his front man.

MEN journalist Samuel Luckhurst was at Mourinho’s press conference when he hinted about having a lack of options.

Mourinho on a possible rest for Romelu Lukaku: ‘Well against Juventus, to give him a break, I don’t think Carrick can play as a striker.’ #mufc

The Reds were frequently linked with a move for West Ham talisman and Austria international Marko Arnautovic, as per Goal, though a deal never materialised. Not only does Mourinho has ties with the 29-year-old from working together at Inter Milan, the instrumental forward has scored 4 goals and created 1 assist in 8 Premier League games so far this season.

Another forward linked with United during the summer was Mario Mandzukic. According to The Express, Mourinho planned to sign the Juventus hitman, and this only backs up the view he wanted even more depth in attack for the new season.

Could it be the case that after a demanding World Cup — that saw Belgium reach the semi-finals – Mourinho expected Lukaku to struggle after returning? When Ibrahimovic was still at the club last season, at least there was another option available to the manager, though we’re not saying Lukaku should be dropped indefinitely from the team.

Mourinho doesn’t appear to fancy Marcus Rashford as a centre-forward and Anthony Martial is better coming in from the left. That leaves Alexis Sanchez, who played as a centre-forward at Arsenal, if the Chile international can get leaving Old Trafford exit out of his mind and fight for his place.

Vote on the poll below and let us know if you think United need another centre-forward. You can also send @StrettyNews a tweet and suggest some names not mentioned in this piece, with the view of this player playing a secondary role in the team.